Home › Latest News › The Profile of a Philanthropist

The Profile of a Philanthropist

I find serving on the committee for the Amish Descendant Scholarship Fund is both interesting and rewarding. I meet such dynamic and exciting people. I am so proud of my fellow former Amish friends and acquaintances. I love working with the founders of the committee, Emma Miller and Naomi Kramer. They are both kind and dedicated and it is a great honor to be working with them. Emma just cycled from London to Paris to raise money for the Fund. Please see her post here.

Emma wrote about the winners of the scholarship here. We had tough choices to make, with our pool of impressive and deserving candidates this year. At some point, we will be writing about each of our winners. But before we do that, I wanted to thank someone who has been very generous to the Amish Descendant Scholarship Fund. His name is Leon Hostetler and he is himself a student enrolled in college. He left the Amish when he was eighteen. He redesigned this website and blog and refused to accept compensation for it. After much encouragement, he applied for a scholarship, but as soon as he learned that there were others who needed the aid more, he asked to postpone his application until he starts attending a four-year university in a year or so. 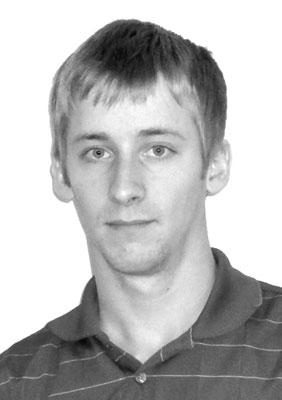 Leon grew up in a family of five children. Until he was ten, his family lived in Guthrie, Kentucky, in a New Order Amish community. Then his family moved to Rexford, Montana, where he spent his adolescence roaming the mountains of Montana.

When Leon was eighteen years old, he left his Amish community. He is the only one in the family who has left. He had not yet become a member of the church, so his family is not shunning him.  He has a good relationship with them, even though they don’t agree with his life choices.  He stays in touch with his family , though he doesn’t see them very often, given he lives in Florida and they live in Montana. I asked Leon several questions about leaving the Amish and his life now.

Did you have people supporting you in your exodus out of the community?

I had two very good friends that left the Amish right around the time that I did. We moved into a mobile home, and together we figured things out for the first several years. We had a few non-Amish friends but no one that helped “guide” us out.

What were your reasons for leaving?

I felt that the Amish lifestyle (and belief system) was intellectually and culturally restrictive, and I yearned for the freedoms, adventures, and opportunities of the outside world. I wanted to be a movie star, an astronaut, the next Jackie Chan, and the next Einstein–forgive my adolescent arrogance–but I couldn’t do any of those as a member of the Amish community. I found the atmosphere of anti-intellectualism to be stifling and incompatible with my curiosity and love of learning. My choice to leave, as such, wasn’t the result of discrete events, but rather the result of a discontent that increased over a number of years. The clincher was the realization that I would never be able to reconcile some of their fundamental beliefs with the things that I could discern about life and the universe with my own eyes.

What made you decide to pursue higher education?

I began pursuing a higher education long before I left the Amish. My early “higher” education consisted almost entirely of the contents of my parents’ library. It wasn’t a large library, but the encyclopedia sets allowed me to explore almost any subject that interested me–and there were a lot. After I left the Amish, I discovered the greatest achievement of mankind–the internet. It was like a dream come true. I taught myself everything from basic accounting to computer programming. I didn’t become an expert at any of them, but I learned enough to build websites, program rudimentary software, and hold a bookkeeping job.

For a long time I had wanted to get a formal education and a college degree, but I kept putting it off due to time and financial constraints. Fortunately, the growing realization that I was in a career rut, the fact that my personal life was in sort of an upheaval, and encouragement from several new friends forced me to ask, “Why not now?”

What were the obstacles (if any) in the way of you enrolling in college?

After leaving the Amish and no longer being able to blame them for my lack of opportunities, I became my greatest obstacle. In the past, my attention span was about two years long. I would throw myself wholeheartedly into something new and challenging, but two years later I would be bored with it. The idea of a four-eight year commitment frightened me. It doesn’t scare me anymore.

Secondly, I kept erecting the false belief that I needed to be financially comfortable before pursuing a college degree. For some reason I kept telling myself that I would need enough money to be off of work for four to eight years while I studied for my degree.

Lastly, I allowed too many “opportunities” to distract me from my long-term goals. While challenging and financially interesting, after several years, I was always left with the gnawing realization that I was no closer to achieving my long-term goals. I had always viewed the opportunities as nothing but stepping stones, but eventually, all I saw anymore were stepping stones.

Do you have people supporting you in your pursuit of a college education?

My fiancée is very supportive of my dreams. She puts up with my constant distractedness (since I’m studying almost nonstop) and lack of time. If not for her, I’d be on my own if it wasn’t for organizations such as the Amish Descendant Scholarship Fund and its encouraging advocates.

Do you have favorite area(s) of study? If so, what are they?

Almost everything I study improves some skill and/or increases my understanding of our universe. As such, I don’t find it difficult to take a deep interest in everything I study. That being said, I prefer math and science courses because, perhaps unwisely, I’m far more interested in how the universe works than in improving my job skills.

In ten years, I see myself as a physicist at a research institute or engineering facility. Physics is filled with exciting and challenging areas of study, and the one I choose to specialize in will be determined during my ongoing studies.

How does your education support this vision?

I’m currently earning a two-year A.A. degree to take care of the prerequisite courses. After transferring and finishing a four-year physics degree, I will be positioned to pursue a few different options. At this point, I’m looking forward to and planning for grad school after my bachelor’s degree.

I wish Leon Hostetler the very best in all his endeavors. He is obviously brilliant and will no doubt make great contributions to society. I hope the kindness he has shown to others will come back to him many times over. Whatever goodness and generosity that came out of growing up in his Amish community have not been exorcised from him. I think this is the challenge for those of us who have left the Amish: that don’t reject all aspects of the culture in which we were raised — there is always some good that we can adopt into our lives. May we all learn from Leon’s generosity. I thank him on behalf of all those who are benefitting or will benefit from his kindness and help.

To make a contribution to the Amish Descendant Scholarship Fund, you can click here. Many, many thanks!